A Transformational Approach to Well-being 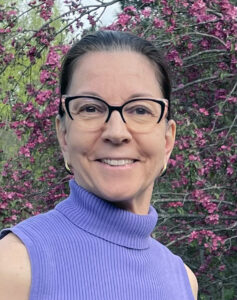 Dr. Mary Freitag is an integrative psychologist incorporating experiential mind-body therapies, mindfulness, and neuroscience insight into her compassionate clinical work. She developed and runs her SpiritWoods Wellness Center in Stillwater, MN offering experiential therapy in a nature setting for individuals and couples. The programs offered at SpiritWoods provide avenues by which individuals, couples and groups can deepen or discover their purpose in this world and who they are. Whether via Telehealth, or distanced in-person at her nature immersion studio, Dr. Mary’s services have evolved to meet you safely where you are. See more at Dr. Mary’s bio.

I am Here to Help

“I believe in a holistic approach to psychotherapy, ideally combining mind, body and spirit. However, each modality can be undertaken on its own as well. Together, we will find the right balance of options to help you move toward a more centered, joyous and purposeful life.”

“What lies behind us and what lies before us are tiny matters compared to what lies within us.”

In August 2007, Dr. Freitag received her dharma name, Healing Tenderness of the 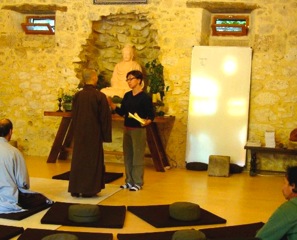 Thich Nhat Hanh, a renowned Vietnamese Zen Buddhist monk, teacher, author, poet and peace activist, was nominated by  Nobel laureate Martin Luther King, Jr. for the Nobel Peace Prize in 1967. He was awarded the Courage of Conscience award in 1991 and has been featured in many films, including The Power of Forgiveness showcased at the Dawn Breakers International Film Festival.

Thich Nhat Hanh lived in the Plum Village Monastery in the Dordogne region in the South of France, where Dr. Freitag gave a presentation on the topic of Mindfulness and Cognitive Psychotherapy on June 4, 2011. 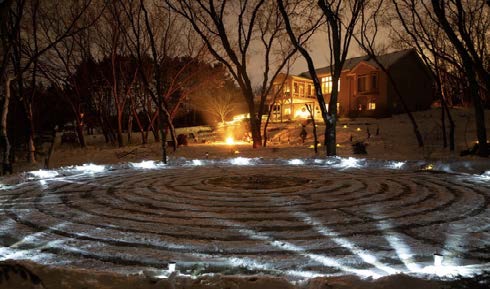 SpiritWoods also offers classes to the public that can be a part of ones individualized therapeutic process, if one chooses. These classes are mindfulness practices that teach body movement, tap into your creativity, and encourage integration of daily mindful practices that improve the quality of your life.